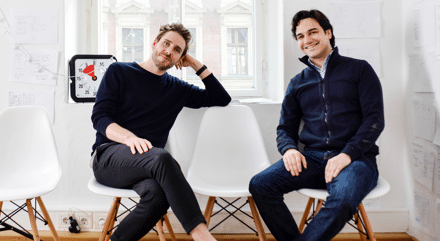 Taxfix, Europe’s leading mobile tax app, today announced a new $220 million Series D funding round. This elevates the Berlin-based financial company, with a total valuation of over one billion dollars, to Unicorn status.

This sum would make it the largest transaction in the German start-up market so far this year. The company’s valuation rises above the prestigious $1 billion threshold with this cash injection, elevating it to the status of a so-called unicorn.

“We are incredibly proud to have TVG as a long-term partner who shares our vision,” says Taxfix CEO Martin Ott, who has been at the helm at Taxfix is headed after founder Mathi Büchi, who surprisingly withdrew, launched the company in 2016 together with Lino Teuteberg.

Growth to be driven forward

Taxfix‘ goal is to make tax returns quick and easy with the help of an app, because the annual tax return is a tiresome evil for many people. Taxfix guides clients through their tax return by asking many questions to make it easier for them and better manage their finances.

The financing is intended to drive international growth and the expansion of the product range into additional financial services. The tax app is currently active in Italy, France and Spain. “In addition to doubling sales in the first quarter of this year, we were able to expand into another important European market with Spain,” the company announcement continued.