Of ducks, cryptocurrencies and the future of e-money 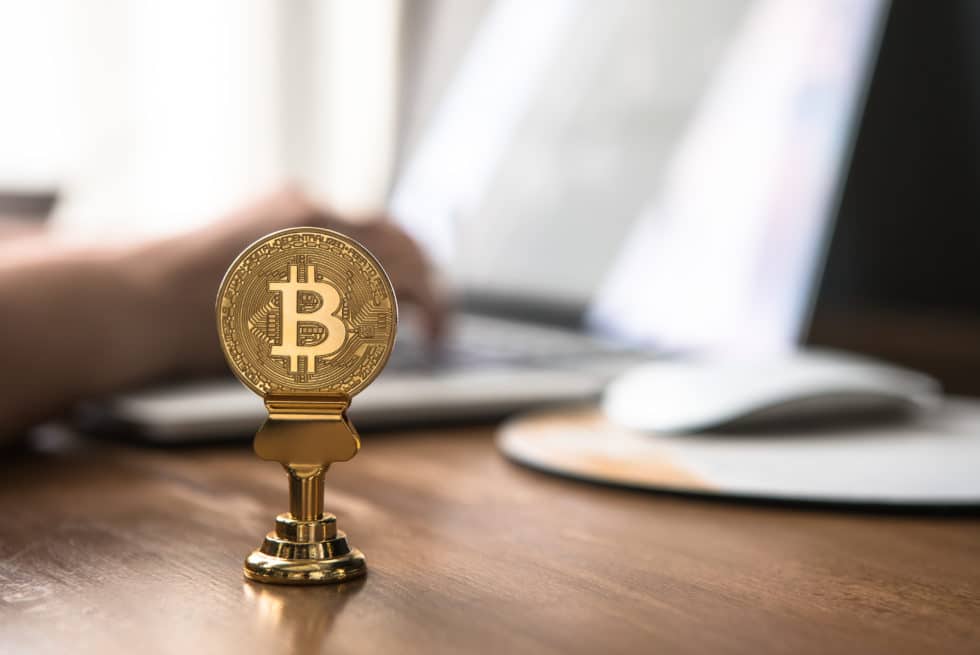 What makes a number money?

Meanwhile, more than 2,500 crypto currencies are listed on various crypto exchanges. Basically, these tokens are not actually currencies, and most of the time, they are not even a form of money. In the simplest case, the tokens are just a digital message between two user accounts. Others represent certain rights and agreements. However, there are also tokens that actually allow the exchange for goods or services and that could be seen as a payment instrument. Payment instruments and financial services are known to be highly regulated.

Therefore, from the viewpoint of a business model based on crypto, it is highly relevant whether the tokens fall within the scope of an IT service or a financial service. The implementation of regulatory requirements for a financial service provider can bring additional expenses in the magnitude of at least 6-digits.

The legal classification of a cryptocurrency is apparently far from obvious. This is probably because in some applications blockchain turns traditional processes on its head and shifts formerly centralized roles to a technical realm: with Bitcoin there is no issuer of the cryptocurrency, the network automatically generates the tokens. The special features of cryptocurrencies and in particular the chronological sequence during their use raise fundamental questions:

I’m not a lawyer and so I approach the subject intuitively from the economic perspective: Essentially, a cryptocurrency is a digital message – it’s a number associated with a particular user account. When these data are accepted for exchange or as a means of payment by others, then for me it becomes, first and foremost, a form of money. Here I ignore the economic additional functions of store of value (the exchange value should be retained) and a unit of account (a comparison value for purchasing power).

Money is not always money

So, are cryptocurrencies with these properties electronic money? They may well be, but they cannot automatically be classified as e-money in the regulatory sense since you need a license to issue e-money in Europe. What kind of money is it then? From a legal/regulatory perspective, there are different types of money and each are subject to completely different frameworks, but each are important for the classification of new forms of money:

Central bank money and cash are issued by a central bank. This money is deemed to be legal tender which makes it a currency. The euro is a fiat currency and consists in principle only because of the legal requirement to be able to exchange euro notes for goods or services. The term “fiat” means that the value on paper is essentially only a promise or claim and no assets are directly tied to this currency – unlike the gold-backed dollar in the past. The stability of a fiat currency is a function of the confidence of the currency issuer, the creditor and the debtor in the economy of a country or region and – more importantly – guaranteed by the weaving of a dense network of contracts and legal frameworks.

At least in the euro zone, fiat money from the European Central Bank uses these legal frameworks to draw a straight line to “book money”, i.e. the sums of money that banks hold in their books as customer accounts. This is defined by a direct link to central bank money. Strictly speaking, book money is not money per se but only a claim to money against the bank. This claim is agreed in the terms and conditions with the customer. So, if you were to go to your local bank and demand they pay you back the €30,000 of your money they are holding in your savings account, they are not compelled to give you the full amount immediately. You don’t actually have money at the bank, just a claim against the bank for €30,000. In simple terms, book money is essentially a contractual agreement.

With e-commerce and electronic acceptance points in the mid-1990s, an electronic version of money quickly came in to the market: e-money was initially issued on payment cards or prepaid cards, but later also moved to account-based versions by private institutions leveraging the internet (e.g. PayPal). E-money clearly shows how much work has been done on a European compromise. For the delineation of e-money to the book money of banks and more general forms has apparently not really succeeded.  Because besides cash, almost all money is now electronic. So, how can we distinguish e-money?

Originally, it was characterized as a non-counterfeit, non-reproducible electronic token on a chip or magnetic stripe, which was analogous to cash you owned. You could theoretically carry it around like you could cash. It is currently defined by the claim that the issuers can convert the e-money amounts into cash or bank money at any time and are accepted by other parties in addition to the issuer. Since this definition is very broad and all electronic funds include the possibility to exchange it to fiat currency, one can hardly distinguish e-money from bank money from a technical point of view. For example, Revolut offers mobile payment accounts and you can make payments like with a bank. However, Revolut has thus far operated mostly as an e-money institute. In the small print there is a modest, but important difference. Namely that you don’t get your money back in the case of bankruptcy, as e-money institutions generally do not participate in a deposit insurance fund.

The attempt to regulate as many cryptocurrencies as possible without changing too much existing legislation has led to the new concept of virtual currencies. This term was coined (no pun intended) through the 5th Anti-Money Laundering Act and defines a new class of money by way of the ‘exclusion criterion’: it is defined by saying what it is not. Virtual currencies are privately issued tokens that are not based on any state currency (central bank money). The term “virtual currencies” from the 5th Money Laundering Regulation should therefore be correctly called “non-currency”.

These tokens can still be a value between parties and be suitable for exchange. The BaFin then defines it as a unit of account and some activities such as buying and selling on a marketplace are then subject to authorization. However, it is not automatically e-money or book money. Whether these tokens fall into this classification is determined by the contractual arrangements between the parties involved (e.g., publisher, acceptor, payer) and whether they are linked to a fiat currency in a particular manner (e.g. exchangeability, openness to third parties). The fact that someone still exchanges 4639.62 EUR for one Bitcoin or another provides a product or service for a Bitcoin, still does not make Bitcoin E-money in the European view.

A remedy for price fluctuations

Still other stablecoins map state currencies to a crypto token. The rules are defined by the publisher of the stablecoins. And at least with Tether one may skeptically question whether this approach is valid.

A stablecoin is thus issued privately and is not automatically linked in a regulatory framework with book money or central bank money. In this way, a stablecoin is neither e-money nor book money. But does the situation change when a bank or e-money institution issues a stablecoin? Or asked in another way: Can I undertake license-free financial transactions or money-exchange, precisely because I am outside the regulatory requirements? As long as I can find counterparties who have enough confidence in the conditions laid down in the token issuance, that could be enough for me. The current European regulations seem to leave room here.

This is where the term cash-on-ledger, coined by R3, comes in to help and provides a mechanism that would greatly simplify the distinction between e-money and book money. The term stands for an electronic token that is bound to real money and that can be assigned to an owner. The money bound to the token is then safely stored and is available at any time to exchange back. So long as the issuer or an acceptor continues to exist. In that way, cash-on-ledger is a pure form of e-money as long as the funds for the exchange are kept safe and available and the acceptance of the coins outside the issuer is guaranteed. Here, cryptocurrencies such as Bitcoin differ from cash-on-ledger. With Bitcoin there is no issuer and the amount paid for a Bitcoin is not systematically kept safe. There is no return policy. Stablecoins on the other hand partially offer such mechanisms and guarantee the return exchange through cival law. Since someone takes on the roles of the exchanger and the custodian, there is also an issuer.

The European legislature works on the principle of the “duck test”: if it looks like a duck, waddles like a duck and quacks like a duck, it must be a duck! And so, the different forms of money and offers are distinguished mainly by their functions and not because someone on the Internet euphorically calls something a “currency”. The variety of functions of the different crypto-currencies doesn’t makes a demarcation easy. However, it helps to look at the cryptocurrencies from the perspective of the roles involved and the arrangements made between them and less from a technical point of view.

Is there an issuer and acceptance? What is the connection to central bank money? How are liabilities defined? How are the transactions and values tracked and captured? How are deposits of government currencies kept? And so on. In order to get as few systems as possible, a certain amount of abstraction is required: It should not be classified according to the specific application but according to the underlying roles and rights.

The future is digital

The advantage of cryptocurrencies is their transparency and functionalities that can bring euro-backed stablecoins back to the original form of e-money. Namely as self-sufficient individual tokens, unforgeable and nearly impossible to manipulate, where ownership of the money is assured. The blockchain can provide substantiation, assurance and transparency about how many tokens are issued and for what value.

On the other hand, the global acceptance of Bitcoin is based, among other things, on the fact that there is no central publisher. Through the continuation of digitization of assets, in principle every tokenized value is convertible and this market is potentially much larger than all the money in circulation in euros!

But we still have a long way to go. And Stablecoins do not have to be tightly tied to ONE currency.

Perhaps the future of money lies in the combination of both: the attachment to one or even several generally accepted stable values and the absence of a publisher. Maybe in the future we will not rely on one central bank money that will support a stablecoin from a global perspective. Maybe it will be water or energy, or a human labour measured in (productivity * responsibility) / h? The combination of IoT, Big Data and AI provide approaches to actually use this information in this way. Stablecoins seem like a first intermediate step in this direction.

Marcus Nasarek is Co-Founder and Managing Director of eTonec GmbH. He spent 2 years at PayPal responsible for global payments and processing relationships with banks making sure all funds move seamlessly in and out of the wallet and aligned with global business and legal requirements.