Is Google eating away at the financial industry? 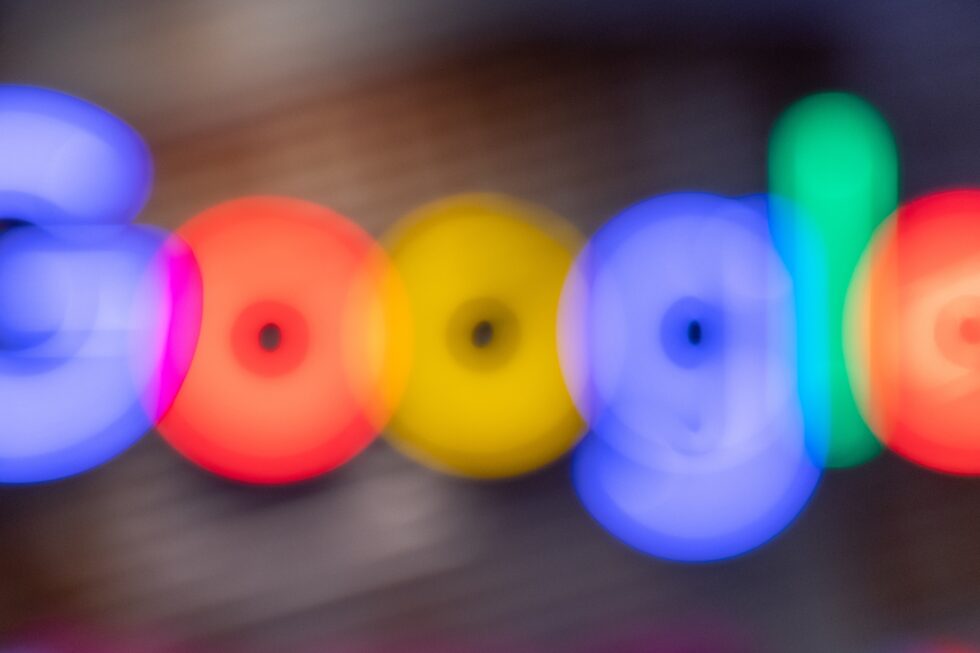 More and more “customer journeys” are starting to use Google search. This supposedly profane statement can have astonishing consequences, even for the classic financial world. An analysis of mutual dependencies, the striving for uniqueness and the insight that the digital platform economy is increasingly becoming a psychological rollercoaster ride for all market participants – from Google to Check24 to the traditional bank.

In early September, Google announced in a press release the relaunch of “Google Finance” for the US market.[1] The new version is designed to facilitate the tracking of selected stocks and to prepare relevant news and statistics for users. At first glance, this announcement does not really seem worth mentioning: The introduction of such a tool may be a nice gimmick for people interested in stocks, but there is certainly no deeper intention on the part of Google behind it. Or is there?

How “Google Finance” will develop in the coming weeks & months, whether it is successful and will come to Germany, is pure speculation. Google’s press release on the relaunch is particularly exciting because it reaffirms a basic assumption: Traditional financial products – from current accounts to construction financing to share purchases – have become part of the attention economy.

In other words: more and more customer journeys start with Google. The consequences of this supposedly profane statement are increasingly turning the private customer business of traditional banks upside down.

In order to visualize the dynamics resulting from the obligatory search for financial products via Google, the market can be imagined in a (simplistic) “sleep-bad…” logic (see illustration).

The basic logic is quickly explained: Traditional banks are increasingly losing the customer interface in the digital age, so that new customers often have to be purchased via comparison platforms. On the one hand, this is expensive, and on the other hand it leads at some point to strategic dependency. The consequence: Traditional banks “sleep badly” because of the threat posed by comparison platforms.

Now one could assume that at least Google is a happy company: its market capitalisation is around 1,000 billion euros, which is almost as much as the value of all 30 Dax companies combined (as of September 2020). But Google has its own (luxury) problem: the giant has to start looking for the next big growth area beyond Google’s search. Google – like any other listed company – needs growth to keep investors happy. To achieve this, the group has restructured itself in 2015 under the holding company Alphabet. The goal: to signal to investors that the question of growth is being answered with a variety of bets – from autonomous driving to digital healthcare. Five years later, however, Google is still Alphabet’s “cash cow” and growth locomotive. Consequence: Even Alphabet/ Google does not have a restful sleep.

The digital platform age is one in which no participant can stand still; the half-life of business strategies is becoming continuously shorter in the permanent “frenemy” existence. While this situation can be a psychological ordeal for market participants, what happens from the outside is all the more fascinating: the longer it takes Alphabet to become independent of Google, the more Alphabet will rely on Google for further growth in the short term. This, in turn, could mean that Google increasingly absorbs the profits of national comparison platforms and – as a consequence – traditional banks. This reassures investors and gives Alphabet more time to find the next big growth area on the back of local companies.

In concrete terms: if from DeepMind to Waymo one of Alphabet’s bets does not soon make a profit or at least generate significant turnover, the commission that a traditional bank allegedly has to pay to Check24 and ultimately to Google for a new current account customer could be all the higher. An absurd situation – and all this happens without the public seriously noticing that the earnings of traditional banks, which are now vital for survival, are increasingly ending up not only with comparison platforms, but above all in Google’s pocket.

Getting out of a dead end

If the paranoid “sleep-badly…” psychology of the digital platform economy is the starting point, the question arises how a company – regardless of the level of value creation – should deal with it. The answer is ultimately as crude as it is confounded: the best recipe for the future of a company is always the greatest possible independence from the upstream value creation level. Less cryptic: the business model should at best be as unique as possible.

There is a refreshing and really exciting interview from last year’s Phocuswright Conference with venture capitalist Chamath Palihapitiya, who is increasingly acting as a tech commentator. He says: “If the business model is largely dependent on Google, then the medium to long-term prospects are very bleak; your company is basically broken, only you don’t know it yet. If you haven’t figured out how to make your business unique, you’re in a really difficult situation.”[2]

From the perspective of a traditional bank, this also applies to the business relationship with Hypoport, Interhyp or Check24. Because if a traditional bank drives mortgage volumes solely through the Hypoports and Interhyps of this world, the long-term prospects are probably unfortunately gloomy; if new customers for the current account increasingly come through Check24, this is not sustainable in the long term. Any bank which relies too heavily on intermediary platforms for customer acquisition runs the risk of becoming strategically dependent. In other words: Whoever travels up in an elevator with Check24, travels down again with Check24 – Platform Economics 101.

As a consequence of these dynamics, companies, regardless of the value creation level, must increasingly strive for a stronger unique selling proposition or – as Chamath Palihapitiya would say – “uniqueness”. Looking at the developments in the market, this striving can be observed for some time now;

“Companies must strive for uniqueness.”

Possible strategies at a glance

The efforts of Alphabet/Google to become “more unique” include Waymo, DeepMind and Verily. Despite slowly emerging revenues in some of the Alphabet bets, Google remains the “cash cow”. But Google itself must also become creative if it wants to further increase profitability. Google has already shown in the travel segment how this could possibly work for the financial sector in the future. In recent years, Google has introduced user-friendly modules that allow users to search for flights and hotel rooms directly in the search window – a direct attack on so-called online travel agencies (OTAs) such as Booking.com or Expedia.

The big clash between Google and the OTAs then occurred in the third quarter of 2019: Booking.com and Expedia went on a stock price slump, allegedly because Google had placed organic results further down the ranking and thus inevitably boosted advertising revenues.[3] In short: Google flexed its muscles and showed that it is the most important OTA without officially being an OTA.[4] As things stand today, “Google Finance” is not yet similarly dangerous for local banks and comparison and brokerage companies, but a further development, for example into a comparison platform for standardised financial products, is certainly conceivable. This would boost profits in the short term, reassure shareholders and give Alphabet more time to find the next really big thing.

Check24 is Germany’s best-known comparison platform and should therefore serve as a benchmark for the comparison and mediation industry. Check24 is a private company, therefore exact numbers are difficult or even impossible to find – and one can only speculate about strategies.

What we know: Check24 is a company that invests huge sums in advertising to create a high brand perception – 180 million Euros alone in 2019.[5] A high brand recognition value leads in the best case to lower customer acquisition costs, because customers come automatically and directly.

But this does not mean that Check24 does not continue to have massive Google expenditure in order to appear at the top of the search for the corresponding keywords (e.g. “current account”). These massive expenditures are depressing the growth ambitions, therefore it is in Check24’s interest to create a “sustainable customer lock-in” or a permanent customer interface.

So what does Check24’s path to uniqueness, i.e. the “sustainable customer lock-in” look like? One could interpret Check24’s bank licence and current account efforts as a corresponding attempt.[6] If customers have their current account with Check24 and process payments there, the company has a new source of income on the one hand and a permanent customer interface on the other. They can continue to use this to arrange personal loans and construction financing with traditional banks. The “holy grail” among Check24’s growth levers is definitely to keep the need for permanent customer acquisition as low as possible.

While Check24 wants to develop into a bank, traditional banks are increasingly looking at the possibility of an own platform business model. The way to uniqueness lies here in the consistent expansion of the own still existing customer interface. The core idea is that by developing the traditional business model into a platform, a superior customer experience can be created, so that customers do not have to take the detour via Google and/or Check24 in the first step. This means that customers stay with the traditional bank, where they receive the same wide range of services in their familiar environment as on the comparison platforms. The best known examples: Deutsche Bank cooperates prominently with Deposit Solutions, some savings banks and Volksbanken are toying with the idea of arranging construction financing to third parties if required (#MultiLender).

So the heated discussions in many traditional banks are currently centred on one question: how authentic is a bank that also acts as an intermediary for third-party products? It would be exciting to know whether Check24 is asking itself the opposite question at the same time: How authentic is a comparison platform that is also a bank? And while you are at it: How authentic is a “search engine” that is also a bank? The cooperation between Google and Citigroup and the plans to soon offer a joint checking account in the USA at least show that Google would like to have an answer to this question.[7]

[4] Worth reading summary by Ben Thompson on this dispute: https://stratechery.com/2019/the-google-squeeze/