The faces of the industry: Jens Röhrborn 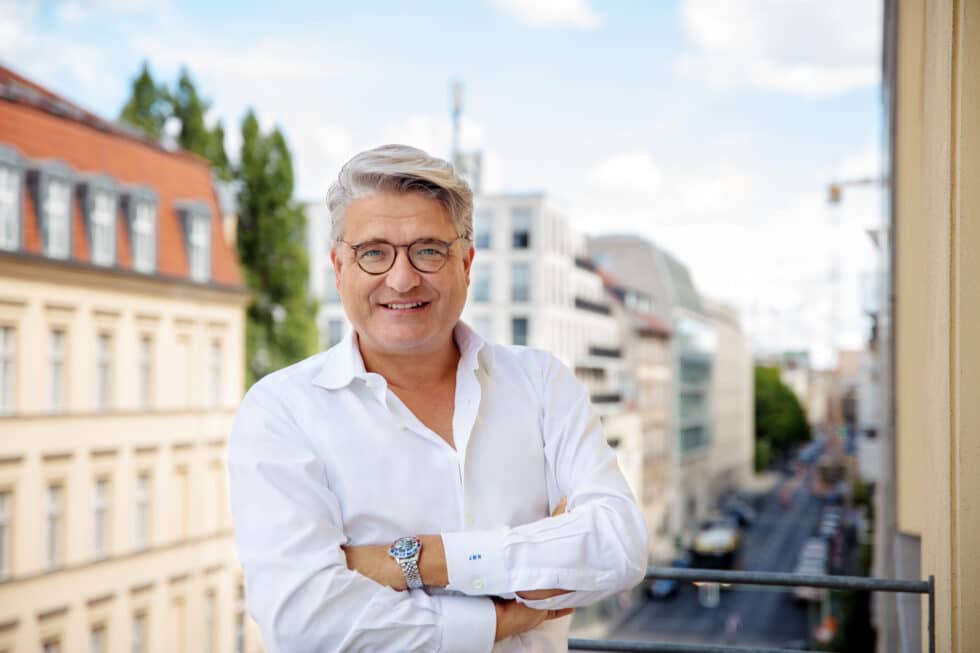 Working in the FinTech sector is like coming and going, requires a high degree of professionalism in a thoroughly relaxed working environment and is above all characterised by innovations as well as good, clever and future-oriented ideas, according to the widespread consensus. But who are actually the brains and doers behind these creative thought processes, at the interface between finance, digital technologies and entrepreneurship? In our series: The faces of the FinTech industry we regularly ask a person from the payment and banking industry the same ten questions. This time Jens Röhrborn answers our questions.

During our everyday work we meet exciting people who work in the same environment, who we meet only once or from time to time or who we have already grown very fond of in our private lives – each of them has a story of their own. We have a few of these People from our nearest FinTech environment to give them a face. To share why this industry is much more to them than just another way to pay their rent. We would like to briefly portray and introduce these people and their vita in a very special category and have designed a questionnaire that is always the same.

My name is Jens Röhrborn, I am Founder and CEO of Banxware as well as a lawyer in the field of venture capital and M&A, especially for Fintechs. I have been doing the latter since 1996, when I decided to found a law firm with two partners after only one year of practical experience. Our focus was the representation of the interests of founders in the New Economy.

Very soon, we succeeded in winning up-and-coming companies like Intershop, Mobilcom, Freenet and Wirecard as clients. We grew relatively quickly to 16 attorneys and from then on we advised many start-ups and large companies in corporate and securities law issues, especially in the technology sector.

When did you first notice the word FinTech?

That came via Wirecard, which I have been advising since 1999, almost from its founding. Today, one would hardly like to call Wirecard – but Wirecard was nevertheless the absolute pioneer in the field of Fintech, Payments and Banking as a Service in Germany and today has many imitators who profit from its decline. And this is how I came into contact with the Fintech world.

What were your first contacts with the payment and banking industry?

As I said, this was also Wirecard- my task was to adapt the then unregulated payment business of Wirecard and its predecessor company to the regulations that had just been adopted. In addition to applying for the then new so-called financial transfer license at BAFIN, I found a bank, bought it for Wirecard, integrated it into the Wirecard Group and then applied for Principal Memberships at VISA and Mastercard for the bank – which was hardly possible at the time. Nevertheless, we succeeded in doing so thanks to innovative unique selling propositions – as early as 2006, we came up with a virtual and immediately issued special-purpose prepaid card in the business division; for a long time, something like this existed only through Wirecard. Subsequently, I helped Wirecard Bank in particular to build up its Banking as a Service business and to establish a further business division beyond pure payment processing.

In my work as a lawyer I have also advised many companies in the payment and banking industry, including Deutsche Handelsbank, Orderbird, IC Cash, PPRO, Stocard, Railsbank and many others. My focus has been on financing, M&A, regulatory and compliance issues, including applying for bank or e-money charters in Germany and other jurisdictions, including Luxembourg, the United States and Lithuania.

In the meantime Fintech, i.e. financial technology, has become a very broad term. In my view, this includes all providers of innovative technologies who either use it to offer financial services directly or enable others to do so. For me, therefore, Banking as a Service and Enabler banks are also included, which have managed to reorganise their processes in such a way that they can enable Fintech start-ups to use their licence, because this rethinking in the banking industry is a paradigm shift that I respect very much.

Established companies are generally better organised, better funded and have a large customer base.

As a rule, however, the innovation growth curve declines as a company becomes more established – this is particularly noticeable in the case of banks. This is where fintechs come into play, which can move faster, more innovatively and more flexibly outside of companies. Good established companies have recognised this and use fintechs – like other start-ups in other sectors – to be able to act innovatively and flexibly outside of rigid structures.

Fintech is not only tech but also the regulation that goes along with financial services. A Fintech is complex, often relies on external enablers and has to regularly adapt to changing regulation or customer requirements. This requires clear planning and structuring, but also farsightedness regarding future developments and needs.

Successful Fintech founders think in terms of structuring like bankers or lawyers but develop products from the client’s perspective and make complex processes simple and convenient.

Why do established (large) companies actually find it so difficult to go digital?

Established companies have established employees with established mindsets. They react very late to new tendencies, because they have built up an established business and only recognize the need to adapt or reinvent themselves when the business deteriorates massively. Often others are then already on the starting blocks with more innovative solutions.

Furthermore, these companies are like tankers, even if they recognize the need for action, complex structures must be adhered to in the decision-making process. Employees feel pushed out of their comfort zone or threatened by innovation and have no incentive to accelerate processes. In most cases, expensive consultants are hired to hold their hand in decisions, no matter how obvious.

“An ecosystem of its own is forming.”

What would you do professionally if you were not working in the payment and banking industry?

Actually, as a lawyer I am a consultant independent of the industry. Specialization is what sets you apart from the competition. But I can also imagine something completely different, like the medical field for example – or running a beach bar in Hawaii, as long as it brings activity and is fun I think I am very versatile and open.

I can imagine some companies where you can learn a lot about corporate culture and leadership (although probably not in just one day). From Google to Apple, Tesla, Netflix and others. As a lawyer, I once spent a week at Microsoft headquarters in Redmont – that alone gave me a good insight, especially into how you can get employees to commit to your company. If I only had a day, it would probably be in Tim Cook’s executive office at Apple.

I find Bill Gates fascinating: The change from the hard, success-driven mastermind of Microsoft to the altruistic, generous philanthropist is certainly a topic of conversation.

Elon Musk doesn’t seem to me to be the one who has the calmness to talk over a beer, although I admire him of course – but I think he has very unique skills that you can’t learn.

More “faces of the industry”