The effects of digital structural change remain fundamental and unstoppable. It is changing the way corporate and commercial structures develop, how value is generated in the future and how we interact with each other. Much of what we could only guess at yesterday is already part of routine everyday life today and may become obsolete again tomorrow. It is therefore essential for every economy to invest permanently in research and development, in (digital) infrastructure, in education and thus in innovative business models. This is the only way to create lasting economic growth, prosperity and new jobs. This is the only way for Germany and Europe to remain competitive.

Both movements have a fundamental impact on the transparency, efficiency and legal certainty requirements of value networks and are increasingly unleashing economic potential. This development is experiencing an even more accelerating dynamic due to the often underestimated convergence of both technologies. The merger is giving rise to many innovative business ideas and complementary business models across industries, such as trading and custody of crypto-assets in the financial sector, embedded in user-friendly and networked “one-stop platform solutions”. At the same time, however, value creation processes and trade links are becoming more global, more complex and less transparent. The financial sector in particular is in urgent need of solutions to these global challenges for the increasingly digitized and tokenized capital markets. What can these look like?

What is needed are more robust, more efficient, more quickly adaptable, and thus more resilient IT architectures. Trust plays an essential role here in the form of regulatory-induced legal certainty through standardised procedures for the immediate and automated identification of companies and natural persons. A key role can be played here by a globally accepted and standardised digital identity for both legal entities and natural persons.

It is also to be expected that digital identities will also be used in the future for networked objects and machines so that, for example, the much-vaunted potential in the area of the Internet of Things (IoT) can unfold optimally. In order to increase transparency in international trade links and payment flows, reliable data sources and data analysis are also becoming more relevant.

What lies behind convergence

To better understand the accelerating dynamics and the resulting intertwined process steps as well as the development of the API and token economy, it is worth taking a digression into linguistics. Anglo-Saxon linguistics offers two different words with different meanings for the term “digitisation”: “to digitise” and “to digitise”.

The trend of the API Economy can be more easily understood by the word “digitalise“. “To digitalise” means the digitalisation of systems, processes, architectures or entire value networks. On a smaller scale, bank transfers, for example, can now be ordered conveniently from mobile devices via online banking with a click, touch or voice command from the comfort of your sofa. On a somewhat larger scale, this digitization process manifests itself in the development and establishment of digital ecosystems such as the so-called Big Techs – but many small digital platforms are also proving increasingly successful. The impact of the API Economy has been and continues to be painful for many traditional businesses. Competition with successfully operating digital platform architectures is increasing. Thanks to sophisticated monetization mechanisms, interoperable and open technology standards, powerful cloud solutions, a rethinking of data processing and use, and the strategic use of scale, network and lock-in effects, relatively loyal customers are offered numerous incentives to use complementary networked digital products and services conveniently and, above all, “one-stop shopping”.

There isno end in sight for the API Economy (for now).

The pent-up demand of many traditional companies with traditional business models is still enormous. It can be observed that collaborations as a strategic instrument of digital platforms with third-party providers or the connection of networked software and hardware along the value chain at the respective application programming interfaces (APIs) are becoming increasingly granular. For the consumer at the front end, on the other hand, the collaborations tend to become more opaque, if not invisible. By “docking” via APIs, digital platforms can permanently increase the complementarity of their business services with third-party services and leverage synergies, in terms of their size, the response they achieve, their customers and thus their data sources. An essential aspect of the English term “digitalise” is the fact that in the API Economy new intermediaries (e.g. start-ups) can emerge, while the traditional companies (e.g. banks) can more or less keep their functions and roles. Due to the high dynamics of the collaborations entered into, complex digital ecosystems are created. Although these ecosystems are characterised by mutual dependencies in the market, they also offer small, local producers and service providers a livelihood.

The second term “to digitise” focuses on the technology of the token economy, which is still in its infancy. This is primarily a matter of decentralised or disintermediated innovation processes. In addition to traditional companies, intermediaries acting between producers and consumers may also lose their roles or functions. The existence of some market participants is therefore at stake here.

The term “digitise” refers to the digitisation or tokenisation (dematerialisation) of assets or rights in general, which can be mapped, for example, on so-called distributed ledger technologies (DLT), as distributed database systems, with the promise of vanishingly low transaction costs.

The innovation of tokenization can be seen in the fact that information or values are digitally mapped via DLT in such a way that they can neither be copied nor manipulated and can be securely transferred between actors by means of mathematical procedures (cryptography, encryption technology). So-called tokens are already tradable today without traditional financial intermediaries. In the future, tokens will also unfold their ascribed potential in the area of the “Internet of Things”. Especially in machine-to-machine (M2M), mobile payment or pay-per-use systems, tokens will serve as a vehicle for networked machines to communicate with each other, to initiate and receive transactions or to securely finalize payment processes via smart contract. Tokenized money or programmable payments, for example, can be helpful for this. Both are currently being analysed by international financial authorities, but also by the private sector, at full speed, and are already being piloted and will reach the markets in a few years.

According to the CBDC tracker, nearly 60 central banks are now looking into issuing tokenized central bank money. The latest example is the Central Bank of Nigeria, which will issue the eNaira to increase financial inclusion for its citizens, among others. The German banking industry has also recently positioned itself on this topic and is relying on an ecosystem of CBDCs (Central Bank Digital Currencies), giro money tokens and a (for the time being) technical trigger solution as a bridging technology – probably until there will be mass market-capable, tokenized money from public and private issuers in the future in compliance with regulations.

The convergence of technologies is underestimated in many places.

The technological achievements from the combination of the API and token economies provide another evolutionary step in the digital age. These lead to the previously missing harmonious fusion of real and financial process and transaction steps. This means that cross-border trade links can be finalized friction-free with networked, embedded payment traffic solutions. Thanks to the trigger solutions that already work today and the options to be able to use programmable payments on potential DLTs, and thanks to the tokenized money that will soon be issued institutionally and privately, all steps along the value chain (i.e. from the back end to the customer front end) can be digitized smoothly in the future. Probably never before have we been so close to almost completely digitized end-to-end processes.

The convergence of the API and token economies is providing a breeding ground and acceleration for innovative business models. It will stimulate disruption not only in business, but also in public administration, science and culture. For Germany and Europe, convergence offers an opportunity to (re)increase competitiveness. This would banish the fear of once again being a mere onlooker when innovative BigTechs in the USA and Asia continue to gain market share with new business models. Above all, this development offers European and German companies the opportunity to no longer just “catch up”, but to once again assume a formative role as innovators on an equal footing on the global stage of technological progress. It is not too late for this. 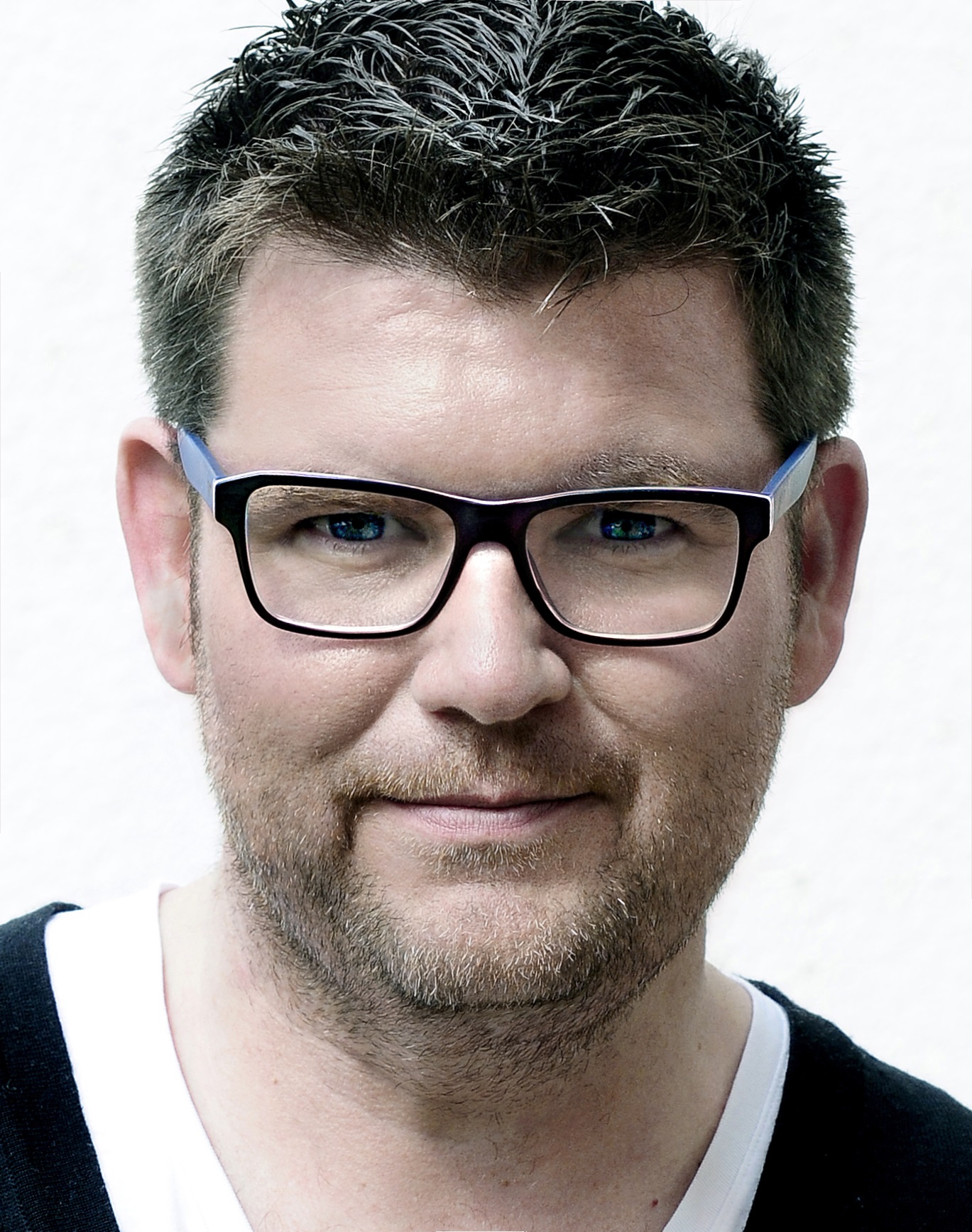