Buy now, pay how? German consumers are left behind when it comes to payments 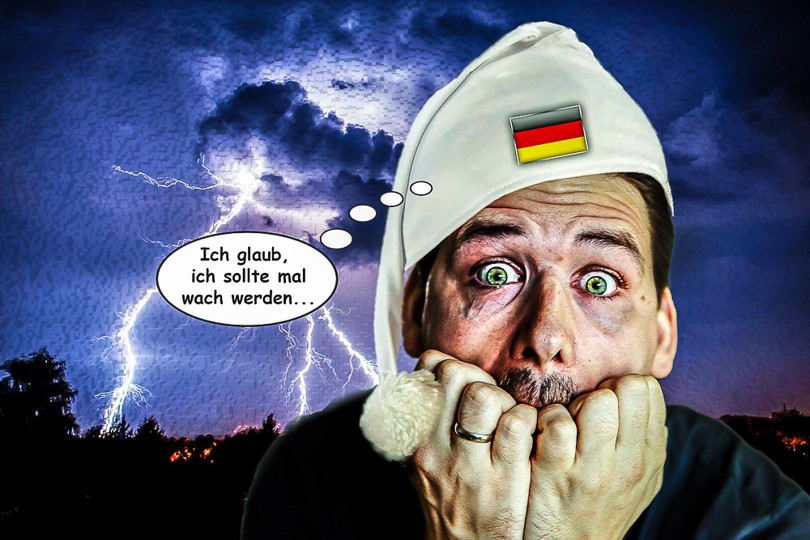 Germany’s payment market is characterized by a colorful variety of payment forms and preferences. This is true for POS in retail and even more so for check-out in eCommerce. While the POS has for the most part still had to put up with cash for decades when it comes to payments, eCommerce offers an incredible variety of payment options.

Starting with the simple “prepayment”, which is done by bank transfer, to the payment with credit or debit cards (at least if an international scheme is behind it), further to the very popular PayPal or finally the traditional payment by invoice – the people in Germany’s favorite payment child. Who wants to keep track of which payment method is the right, safest or most sensible?

Payment is a habit

For most consumers, payment preference arises from force of habit, i.e. a reflex of convenience. Once the payment preference is mentally locked in, you don’t really think about it anymore, you choose the method you’ve always used. And who should also explain to customers what is the better payment method, when and why? In recent years, the established credit industry has produced little that is convincing with regard to payment on the Internet. This is certainly one of the reasons why many consumers still use prepayment (i.e. their bank account) as a means of payment for online shopping.

Especially with (fake) ebay shops, “stinginess is cool” and is still the lure for payment in advance, which ultimately does not pay off at all for the customer. Or to put it another way, Covid has not only led to more digital payments, but unfortunately also to a rapid increase in digital crime.

Since I entered the payment industry in 1999, I have often referred to the German market as a “developing country” when it comes to cashless payments in retail. In general understanding, a developing country is defined as a country in which there are deficiencies, poor supply or clinging to traditional forms of organization instead of allowing or pushing for modern and dynamic structures in the market. From today’s perspective, many experts will certainly agree with me that in the payment development country of Germany, numerous opportunities for strategic progress have been missed over the last 20 years and that we still have a great deal of development potential to improve payment and banking for consumers and merchants, i.e. to make it more digital and secure.

When it comes to digital payment, the “German Michel and the German Michaela” only woke up thanks to Corona. But he/she still encounters POS merchants who either do not offer card acceptance at all, only accept the ec-card (also known as Girocard in professional circles) or only accept the card from a minimum purchase sum of 10 €. All this is ultimately also evidence of a partly anachronistic understanding of service in the established payment service provider community. This is because some there are still struggling to bring the customer’s desire for international card acceptance and thus higher customer satisfaction closer to the merchant.

Germany lacks the will to implement

In eCommerce, it’s not much different, maybe even worse. Here, too, the German banking industry has been far too late in recognising the customer’s desire for a secure, efficient and simple payment system, i.e. one that can be carried out with just a few clicks. Wallet-based payment methods such as Paypal or Klarna were therefore able to establish themselves in the market long before the “counter-offensive” was launched with Paydirekt. Paypal and Klarna are popular with many consumers and merchants because they are easy to use and integrate into the checkout. In addition, these payment methods – besides the Mastercard and Visa card schemes – are of course also accepted in European/international platforms and shops. Both companies are now pursuing a strategy that goes far beyond pure payment and focuses on the digitally savvy customer.

And what is happening in Germany? Well – high-dollar consulting projects have produced many smart payments strategies in recent years. But before any of these strategies could be implemented, they were overtaken by the realities of the market or new developments in consumer behaviour on the right, or there was simply a lack of will to execute. For a few years now, fintechs have been coming on the scene – much to the annoyance of the establishment – and shaking up the innovation-poor landscape with, among other things, modern IT in the cloud, innovative user experience and/or saucy, scaling marketing concepts.

It is now clear to some in the Frankfurt towers and the Berlin boards that the three pillars of the digital payments banking industry may not be as firm as they were thought to be for decades, and their foundations could now be undermined by digital platforms.

The BNPL trend is being driven by others

And to make matters worse, a new payment method is now coming on the scene – BNPL (Buy Now Pay Later) – which offers further surprise potential for DK’s payment strategy considerations. For more than a year, various committees there have been discussing whether the girocard system should be sacrificed for a new European payment procedure with the working title “EPI”. To build this new scheme will require not only several years of market introduction, but also – it is said – several billions of investment. If there are not enough supporters for EPI in the EU, the protectors and preservers in DK are pursuing the alternative plan of sprucing up the good old girocard system a little and making it online-capable with comparatively homeopathic doses of investment. A first step in this direction is the merger of Giropay and Paydirekt, the next stage of development will then be the “Girocard on the Internet”. A payment service that the big online shops such as Amazon, Zara or Zalando have certainly been eagerly awaiting for many years – if you can believe it…

BNPL – made and owned in Germany? Unfortunately, negative!

In parallel to these (German) business games, BNPL has seen the emergence of large providers called Affirm.com (founded in 2012 in the USA) or Afterpay.com (founded in 2014 in Australia). These are currently pursuing very specific growth plans in Europe. So right in the region where instant payment is exactly the opposite of BNPL and should get banks back into the payments business. Even in the developing country of payments, Germany, there were once start-ups that had BNPL as their vision.

BNPL companies outbid each other

The impression that BNPL may be more than just a payment method after all was gained when Square.com, a fintech valued at around €100 billion, recently announced its intention to acquire Afterpay.com for a valuation of a measly $29 billion. And that Paypal.com of all companies is acquiring a Japanese BNPL provider called Paidy.com for $2.7 billion can also make you wonder. European neo-banks such as N26 or Revolut also see BNPL as their opportunity to give customers more freedom of choice when it comes to payments. Both fintechs have recently started offering this feature in their apps, giving their customers more flexibility in repaying when they have a larger expense.

Perhaps this BNPL payment method – often discussed negatively by the German media – does not lead into the debt trap, but is initially the translation of the customer’s request to pay only when the customer has finally decided to buy. So the moment he/she has the goods at home, the decision is made on what to keep. In a real shop, the customer doesn’t want to pay for all the trousers while you’re still standing in the changing room trying them on. BNPL is primarily a method of decoupling the purchase on the Internet from the subsequent payment. The fact that the customer is offered the option of payment by instalments in an app-based process is only digitally consistent and certainly a more transparent procedure than the overdraft of the traditional current account, which seems rather analogous in comparison and which is then communicated later in the account statement.

Has the race been decided?

Against the background of these developments, it remains exciting to observe whether and with what ambition the “EPI” project will be able to establish itself in Germany, our payment development country. Will it be scheme, infrastructure, feature or platform? This may not yet be clear to the current stakeholders themselves. This is probably also the dilemma: in the digital platform economy, visions were and are developed by a founding spirit and not in committees whose participants constantly ask themselves whether a common denominator can be found at all. In any case, my gut feeling tells me that a bit of girocard on the internet will not be the philosopher’s stone to counter the Klarnas, Paypals & Co. with anything substantial. 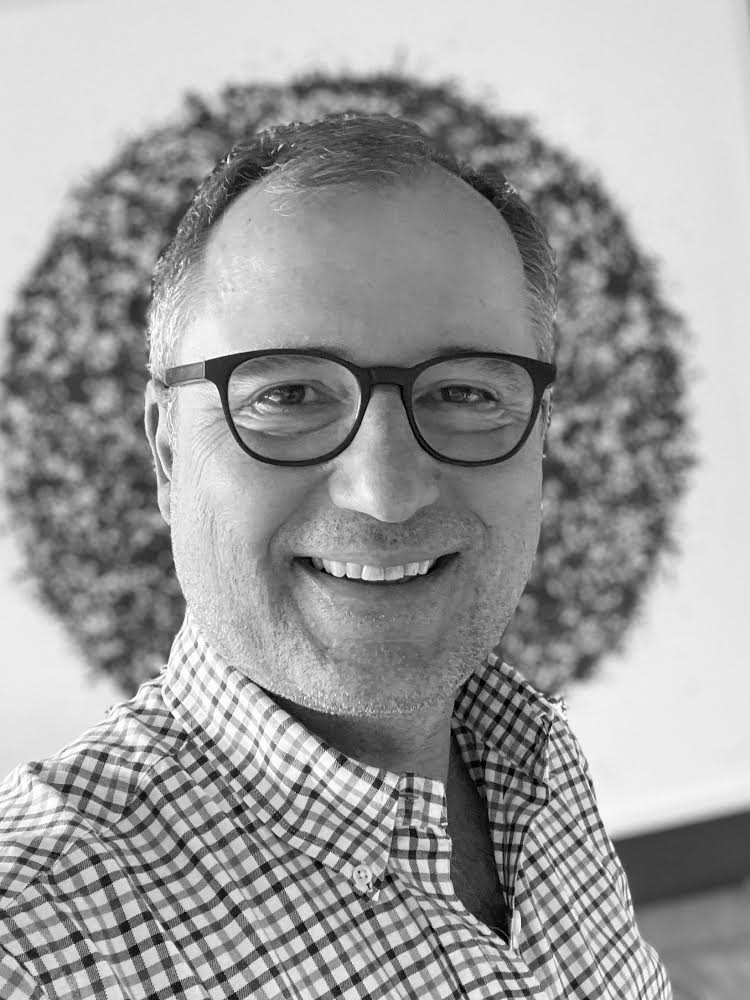