The VegTech Index: Having a “pig” on the stock market with plant-based products 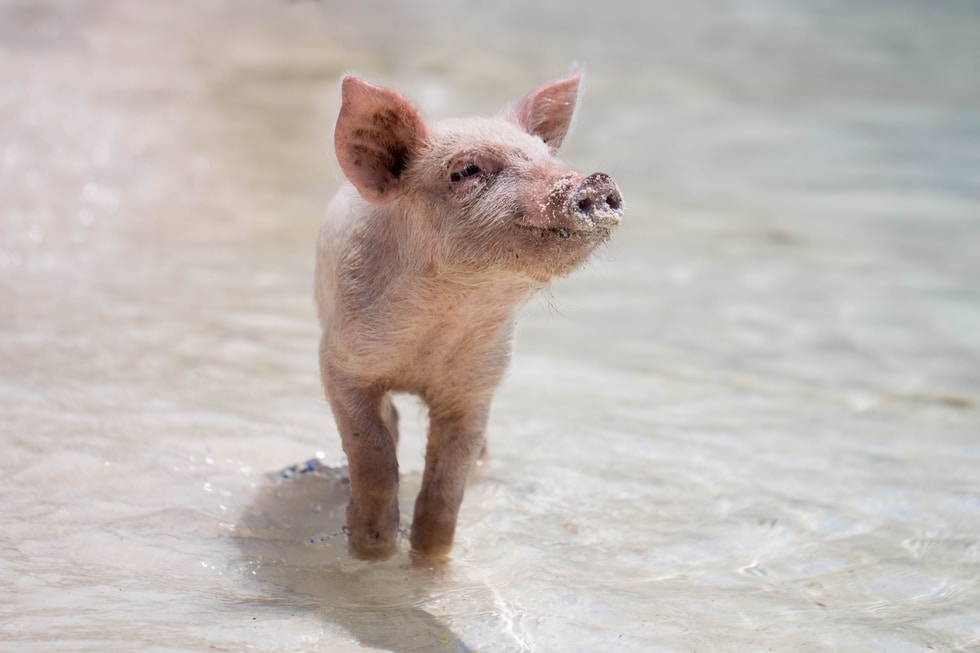 For Franziska Schmid , economy and ecology are not contradictory. On the contrary: in the future, it can only work together! In her monthly column “Let’s think! Green!” she comments on sustainable developments in the banking and payment sector and calls for more will to implement them!

What do Beyond Meat and Tesla have in common, i.e. plant-based meat products vs. electric cars? A little help for readers: Tesla has done away with leather seats in its vehicles. This made a big statement to the automotive industry, as it is the largest consumer of leather goods after the shoe industry. Therefore, the answer to the above question is: quite a lot!

Since the beginning of the year, both companies are now also in the VegTech Index. This is the first of its kind and brings together leading, listed companies that produce products on an all-plant basis and thus work to remove animals from the supply chain. Among other things, this is how they want to contribute to solving some of the world’s most pressing problems. The VegTech lndex was created by Elysabeth Alfano, founder of Plant Powered Consulting, and Sasha Goodman, also an investor.

As a requirement for inclusion in the index, companies must make non-animal product development a priority and must not manufacture animal products or disturb wildlife. The VegTech Index is already up 23% as of January 2021.

Stock market and vegan products – an unusual combination? A question I also asked myself after hearing about the index for the first time. So far there are 21 companies in VegTech. Most of the companies listed are from the food industry, but there are also companies from the cosmetics or automotive industries. That’s nothing compared to the number of major cosmetics and food companies and automakers listed on the stock market, but still a start.

First of all, a few facts and figures: In Germany as well as in the USA, the trend towards veganism is noticeable, but is still small in relation to the total population. But the trend is upward. In Germany 2.6 million (3%) currently live vegan, in the USA 19 million (3%).

Millennials in particular are pushing for a shift in society and businesses toward more sustainable lifestyles. In their daily consumption decisions, they are increasingly integrating plant-based foods into their diets and are eating less or doing without meat and dairy products altogether. Enlightened consumers also want to know what socially relevant values stand behind the respective companies and demand transparency in terms of environmental awareness, animal welfare and human rights. They want companies to mitigate and contribute to the damage and destruction of the environment and the entire health care system. That is why a listing in VegTech can also be a signboard for companies.

Strong growth in the vegan industry

Consumers with a vegan lifestyle save about two tons of CO2 per year. The average German consumes almost five times as much per year, namely 9.7 tons of CO2 (see column on CO2). This simple calculation can be applied to investments. In other words, vegan investments have a positive impact on our environment and on animal welfare.

When it comes to investment decisions in VegTech, the environmental impact and the positive impact on our planet are currently still in the foreground; yield considerations are still rather secondary. And the emphasis is clearly on “yet”. The global plant-based food market is expected to growat a CAGR of 11.9 percent between 2020 and 2027 to reach more than US$ 74 billion[FS1] .

Returns and sustainability are not contradictory

So investing in vegan indices can be worthwhile for investors and institutional investors in the long term, because the numbers speak for themselves. The vegan index is a first step in this regard and provides an opportunity for investors and analysts to get a snapshot of the growing market for plant-based and alternative foods. However, we need more companies to step up and use their growing market power to win over not only “ecos” and “environmental fuzzies” to their cause, but also pure capital. Returns and sustainability have long since ceased to be a contradiction in terms.