On the track of digitalization! 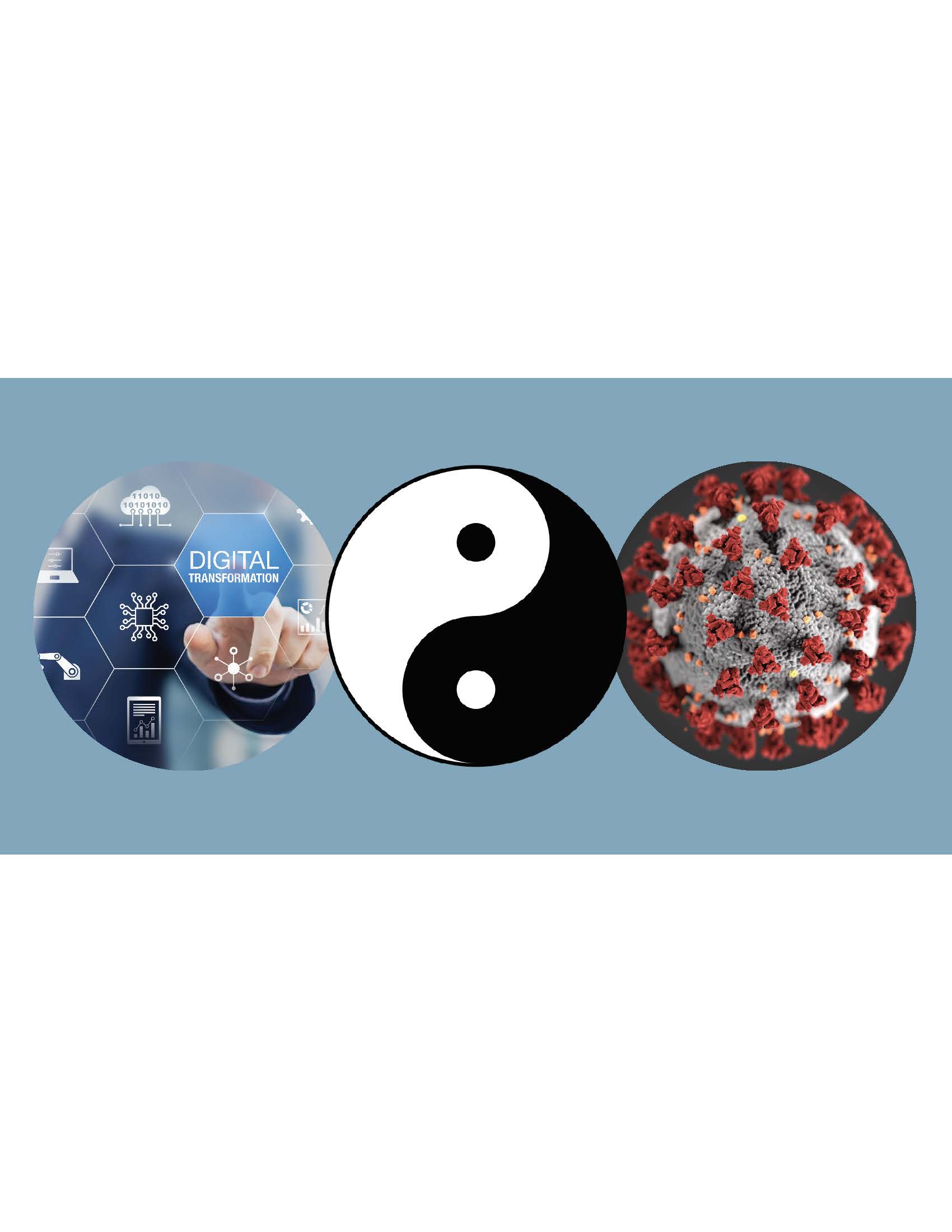 Pandemic and digitalization – the ying and yang of the present!

Until recently, both terms would have definitely been a tough guess for lack of collective awareness or “invention” in Wheel of Fortune ERNSTL. Even if both terms are almost inseparably interwoven, they could not be more different in their speed of development: if the Ying develops a new variant at the other end of the world, it spreads around the same in no time at all. This speed would be quite desirable with Yang, but it is not detectable to the same extent…

As a silent witness of a conversation between two sextans about the digitalization of lessons at two different high schools in Cologne, which are about 12 km apart, I gained new insights into the topic of school digitalization: whether teams, Zoom, Moodle or Jitsi are in use depends, among other things, on the available bandwidth of the school internet or the “data protection affinity” of the teaching staff responsible for digitalization in the schools. If the latter is concerned that all data is backed up on the school servers and remains there, “Jitsi” is usually used, which then regularly “crashes” and thus ends the lesson prematurely.

The “teams” faction, on the other hand, creates a daily school schedule from 8:10 a.m. to 1:30 p.m., but presumably lives with the fear of data theft by an “overseas data octopus.” What is better for a continuous transfer of learning content to students, everyone can judge for themselves…but what the children also realize in this topic is that you do not learn for school, but for life…and that there are many “roads to Rome” in digitalization.

Which brings me to my next topic, the Deutsche Kreditwirtschaft (DK) press release last Friday on easy payment at e-charging stations using common card payment systems. DK advocates that a “consumer-friendly charging infrastructure” with simple payment procedures can only be made possible via the installation of a PIN pad. As justification for this, reference is made to the successful use of these “card payment modules” in practical applications in parking machines and in public transport.

You can imagine this construction in the look and feel of today’s gas stations: Several e-pumps and a “pay station”. This is intended to reduce the additional cost of a PIN pad in each individual charging station. This press release shows once again the world of thought in which DK is still entrenched, or rather that its strategic masterminds do not (presumably not yet) drive a “pure” e-car themselves.

Because then they would know that these are “driving iPads” (Tesla) or “super computers on wheels” (Ole Källenius, Daimler CEO), whose drivers have long since left the era of PIN pads behind them. To now insult this climate-neutralizing, digital innovation of e-mobility with a payment infrastructure that has its roots in the previous century is quite remarkable.

Instead of promoting, for example, intelligent identification at the charging station with recognition of the vehicle type via the charging plug or payment via QR code in the style of the very successful use of e-scooters, one allows oneself to be harnessed to the cart of the terminal manufacturers in order to indirectly promote their discontinued modules. Why don’t DK’s product managers seek to join forces with charging point providers (including those from the electricity industry) and try to develop an e-mobility payment ecosystem with intelligent partnerships, including the smartphone?

Does DK seriously believe that e-car drivers, who have already proven themselves to be innovative in choosing such an automobile, would rather line up at a “pay station” instead of using a smartphone APP to pay their fuel bill instantaneously? And how on earth does DK conclude that they are cutting structural costs with this “pay station”?

“Does DK seriously think e-car drivers will prefer to queue at a ‘pay station’ rather than use an APP to pay their fuel bill instantaneously?”

This would only be the case if an e-charging station infrastructure already existed, which should now be upgraded and thus made more efficient. However, since most of the infrastructure for this is still under construction, there is not yet any “cost reduction” in the classical sense. Instead, this is now the ideal opportunity to also think future-oriented (new German: disruptive) when it comes to the topic of (smart) payment. And who knows: maybe it will even become a use case for the new European payment scheme!

Speaking of the European Payment Initiative (EPI) – probably the most important strategic initiative of (a growing number of) European banks at the moment… There, the arguments that still struck a political chord with the political elites in Europe’s metropolises in times of Trumpism continue to stand out. After the Financial Times was able to advance to a critical medium in matters of payment thanks to Wirecard-Gate, it now takes aim at the EPI project in an – admittedly somewhat luridly presented – article.

This is notable as the FT is predominantly read in Great Brexitain. In other words, where EPI is unlikely to ever have a chance of being introduced thanks to its regained political “island status”. In “Europe’s largest banks plan to joint attack on US payments giants” you can read the EPI arguments for a US payments independent payment system. In doing so, EPI protagonists are pursuing a line of reasoning that may have fit the “cold war” era with the Trump administration. On the one hand, it’s understandable that if you want to get the ear of policymakers to warn about the dangers of the “data-sucking” platforms of PayPal, Mastercard, Visa, Google or Apple. But if this project is to be successful, it will not succeed with consumers and merchants by pillorying the (currently) most popular products (Apple, Google) or internationally established payment methods (Mastercard, Visa).

At first glance, this is perhaps the easier path, especially when the EPI project appears to be pursuing the original European idea – “unity in diversity”. Because if you consider the energies and resources that are currently being put into consolidating the German Giropay assets and expanding the (still) Girocard system, it is hard to imagine that these solutions will be replaced at some point by something new, under the “EPI” brand, in a genuine European solution. Don’t EPI banks and EPI PSPs dare to do more than merge existing infrastructures using API technology?

After Brexit and Corona, we in Europe will have to come up with more in digital payments if we want to swear citizens away from their not always progressive payment habits to a new payment method. Subsuming the existing payment systems of individual countries under a new branding will certainly not be sufficient for this. More thought should be given here to structures of digital ecosystems that bring added value to the “user” and the “merchant” and enable innovation. The example of the e-charging station sends its regards!

Data, platforms and AI will also have to play a fundamental role in an EPI if it is to be embraced by its users as something new. EPI will not be able to compete with the solutions or strategy approaches of the utilities of the old payment world, where it is more a matter of lowest common denominator rather than profitable growth, which is ultimately a prerequisite for innovation.

On the other hand, if you would like to learn more about new strategic approaches to digital ecosystems, I would like to recommend the book of the same name (attention, small advertising block!). It will be released in early July and is already available for pre-order on Amazon. I can promise that there will also be some very worthwhile reading on the topics of payments, fintech and digital banking. And EPI does not come too short either :-)

Previously published as an “instant messages by…” column: