News review in December 20 – The most important at the end 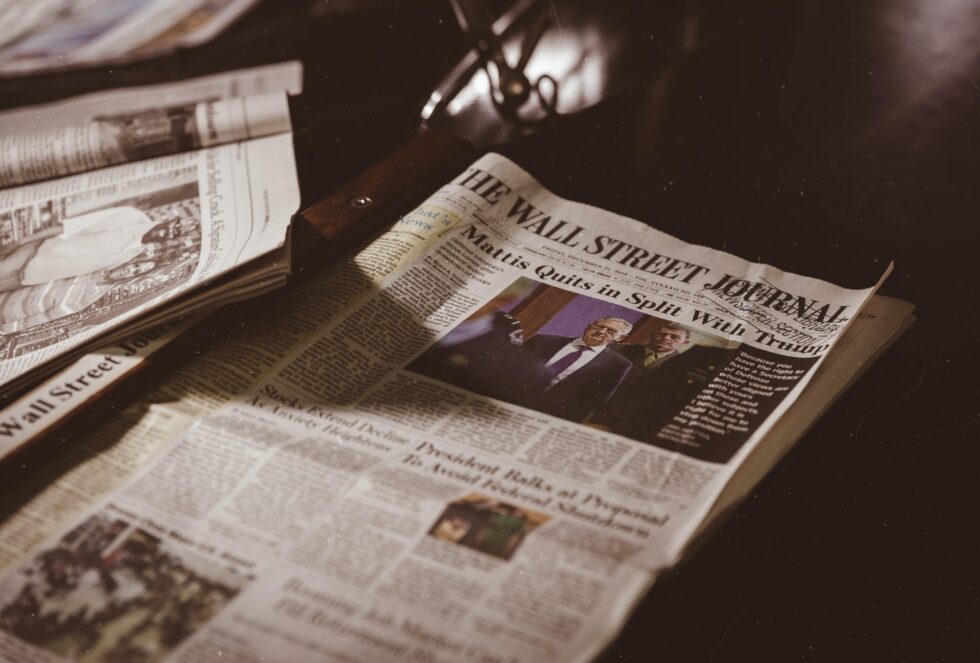 Our monthly review in December 2020

There is never a dull moment in the fintech world. Companies are founded, investments are made and new products are brought to market. Sometimes it’s hard to keep track of everything. We take care of that and summarize the most important news of the previous month in a compact overview together. So here is our news for the month of December.

Raisin (“World Savings”) has found its first partner in Italy with Banca Sella. By integrating Raisin’s marketplace, the institution is the first bank in Italy to be able to offer its customers third-party investment opportunities. The localized platform marks Raisin’s eighth market entry. Founded in 1886, Banca Sella is one of Italy’s largest privately owned independent banks and the first bank in Italy to have its own open banking platform. The first phase will initially see the launch of a pilot programme, which will be rolled out to all of the bank’s private customers in the coming months.

“Outside wood, inside good” is the claim of the Hamburg-based company. Tomorrow, a provider of sustainable banking from Hamburg, is launching a Visa debit card made of wood. Does it have a practical use and do trees have to die for it? But Tomorrow reassures: The Co2 footprint of the users is balanced monthly. By the way, you can now also pay at Tomorrow via Apple Pay.

In addition to the announced closure of 100 of its 500 own branches, 100 branches of its subsidiary Postbank are also to be closed. The latter still has a branch network of 800 locations. However, the bank rules out a merger of Deutsche Bank and Postbank branches, and the two-brand strategy is to be maintained.

Facebook’s digital currency is now called Diem. The renaming is part of a move towards a simpler structure, said the CEO of the Geneva-based Diem Assocation, Stuart Levey. Whether the digital currency can really start as early as January as recently suspected – unclear. A license as a payment system is still missing from the Swiss financial regulator Finma. From a technical point of view, however, the company says it is already ready to launch. But new name or not: The project is still strongly criticized. “A wolf in sheep’s clothing is still a wolf,” Scholz said recently after an online meeting of the finance ministers and central bank governors of the G7 countries.

Penta partners with Datev and is also finally (!) allowed to grant KfW loans

The business customer Neobank Penta becomes an official partner of the Datev marketplace and integrates the interface Datev connect online. This allows Penta customers to manage their accounting directly from their business account and transmit it to their tax advisors. In addition, Penta is now allowed to broker KfW loans to companies nationwide. Currently it concerns the KfW fast loan, which is to bring companies in need of assistance. This step was already planned in the spring. In the near future, there should also be further KfW financing via Penta.

The Berlin-based fintech Kapilendo and the private bank Hauck & Aufhäuser jointly launch the new HAIC Digital Asset Fund Ion. Starting in January, investors will be able to invest in a diversified portfolio of cryptoassets such as Bitcoin, Ether and Stellar. The offer is aimed at institutional investors, as the minimum investment amount is 200,000 euros. The newly founded subsidiary Hauck & Aufhäuser Innovative Capital GmbH serves as the capital management company and is responsible for portfolio management, Kapilendo acts as crypto custodian.

Berlin-based corporate credit card and expense management FinTech, Vanta, has now rebranded itself after a dispute with similar-sounding FinTech Vantik: Moss. By the way, Moss creator Ante Krsanac will be a guest on the Payment & Banking financial podcast tomorrow Friday and will talk about the successes of the first six months after the company’s launch, among other things. So far, Moss was mainly in the startup scene on customer hunting, but now wants to win customers in the SME segment.

The payment platform Stripe now also offers Banking-as-a-Service (BaaS) in the USA. The new solution is called Treasury and thus expands its financial services offering for platform partners. Unlike the German Solarisbank, for example, Stripe does not offer its BaaS solution independently, but cooperates with the banks Goldman Sachs, Barclays and Citibank – where the accounts and deposits of the customers are located.

Investors fire back at Getsafe

Getsafe, digital insurer, is pleased to announce the successful closing of a Series B financing. The lead investor in this round is Swiss Re. Existing investors (including Earlybird and CommerzVentures) have also participated again. This brings Getsafe’s total funding to date to $53 million. The company intends to use the fresh money to strengthen its position in Germany and expand into core European markets. For Swiss Re, this is the second major partnership with an insurtech this year. In August 2020, the company invested in the Chinese insurtech Waterdrop Inc.

Identity Verification as a Service solutions provider IDNow is receiving €15 million in growth financing from the European Investment Bank (EIB). The financing is made possible by the guarantee of the European Fund for Strategic Investments (EFSI). The money is to flow primarily into IDnow’s research and development activities and international expansion.

The Estonian fintech Modularbank convinced a number of well-known investors, who together put 4 million euros into the company as part of a seed financing. The money comes from venture capital companies Karma and Blackfin, as well as Plug and Play Ventures. This investor has held shares in companies such as Paypal, Dropbox and Lendico since the start-up phase. In addition, Ott Kaukver, the former CTO of Twilio and Skype, is an investor. An impressive line-up of investors, then. With the money, the fintech, which opened an office in Berlin at the beginning of the year, wants to expand its development and sales teams as well as its technology platform.

Bitbond collaborates to launch a Stabelcoin

In collaboration with the Stellar Development Foundation, FinTech Bitbond and Bankhaus von der Heydt are issuing the first euro stablecoin issued by a bank. The stablecoin, named EURB, is classified as e-money for regulatory purposes and is backed 1:1 with the value of a regular euro. Among other things, it enables the immediate settlement of securities transactions without counterparty risk and is used by Bankhaus von der Heydt in the securitisation business, among other things.

Tink is happy about more money

The Specialist for Open Banking from Sweden has already completed its second major financing round this year: After €90 million in January, Tink is now receiving another €85 million in fresh capital. The financing round is led by new investor Eurazeo Growth and existing investor Dawn Capital. The fresh money is to flow primarily into Tink’s new payment technology, which is already being used by companies in Sweden and France. In 2021, the technology is to be available in ten countries.

Incubator Finleap doesn’t want to build any more startups. The company, which started 6 years ago as a springboard for financial startups, wants to focus on consulting instead of founding and participating in fintechs in the future. Finleap had built Solarisbank or insurtech Clark, among others, and had emerged from company builder Hitfox. CEO Ramin Niroumand now sees Finleap’s future more in the investment and consulting business.

How many customers does Trade Republic have? Officially, the company speaks of something “over 150,000” Christian Kirchner presents decent evidence that Trade Republic could already have 500,000 customers. If his projection is correct, that would be quite a hammer. This would mean that only 17 months after its launch, the company would already have about a third of the number of custody account customers that ING Diba reported at the end of 2019.
He also calculated the possible number of customers for Check24’s banking service. If one follows the neatly derived figures, then a brilliant market launch looks different – the number of customers should be in the manageable mid-four-digit range within two months.

With “Barclaycard Precisionpay Go”, companies in the UK can create virtual corporate credit cards and issue them to employees. These are distributed for the smartphone and can then be stored in payment apps as a reference means of payment, for example. This means that employees can also make mobile payments immediately. The validity of the card can be limited to certain amounts or periods of time.

Banxware has found a banking partner

The first banking partner of Banxware is the Vereinigte Volksbank und Raiffeisenbank. This is an association of regional banks from Franconia and Southern Hesse. It will provide the company of Miriam Wohlfarth and Jens Röhrborn with 100 million euros for loans in the future. Banxware wants to use white label solutions to offer online platforms and marketplaces the ability to process loan applications quickly.

New Robo for the German market from the USA

In an interview with Handelsblatt, US fund provider Vanguard confirmed that as of aRobo-Advisor for the German market to work. The launch is scheduled for 2021. Investors will be able to invest capital automatically via such a digital platform.

With Spendit, companies can issue a credit card to their employees, on which up to 44 euros then land tax-free. After the Wirecard scandal, Spendit had to look for another partner for this and has now found one through the strategic partnership with Solarisbank in cooperation with Visa.

Jean Pierre Mustier’s contract as chief executive officer will not be renewed by Unicredit after he has recently faced increasing opposition to his position. At the end of the contract, which expires in March next year, Mustier is quoted as saying that his strategy no longer fits the thinking of the supervisory board.

Jana Koch becomes Chief Marketing Officer at Younited Credit Germany. Koch comes from comdirect, where she was most recently Head of Business Development & Innovation Management. In her new position, she will be responsible for the development of new products and business areas, among other things.

Freelancer neobank Kontist is swapping its top staff: The previous co-chief executive Sibylle Strack as well as the head of technology Sebastian Galonska leave the company. According to exclusive info from Payment & Banking. Lea Beckmann (Head of Business Development & Partnerships) will take over the operational tasks of Sibylle Strack and will be responsible for the banking product itself as well as the partnership with Solarisbank. Beckmann is to report to the new Co-CEO at Kontist. Benjamin Esser report. By establishing the new co-CEO, Kontist founder Christopher Plantener can continue to focus on his hobbyhorse, namely Kontist’s new tax service.

One of the most important global financial market players wants to offer digitalised investment on the German market in the coming year. For the development of its own digitalized money system in Germany, the financial market player Vanguard has recruited two experienced fintech managers: Andreas Bittner, the co-founder of Solarisbank and DAB Bank, and Jesper Wahrendorf, the former head of Ratepay.