Gender diversity in Germany: ‘Pains and Gains’ in German FinTechs 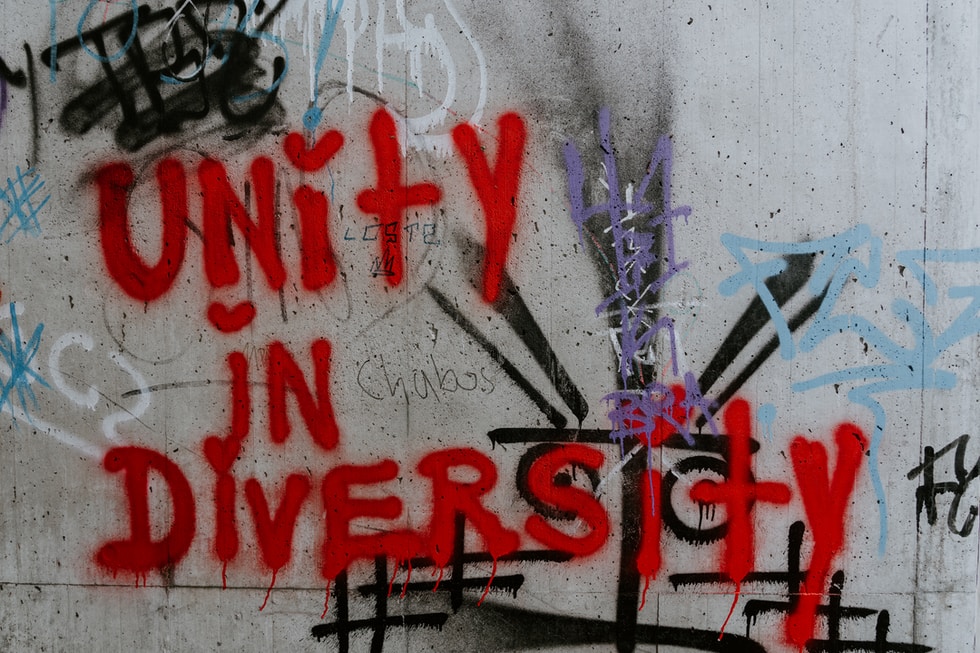 In Germany, FinTechs are becoming an increasingly strong driver for the economy. German FinTechs raised €2.1 billion in capital in the first half of 2021 alone, two-thirds of which was raised in Berlin. Trend: still rising, as the latest mega-financing round at N26 shows. Overall, a strong ecosystem for financial technologies has developed in the capital, attracting investors, capital and founders from all over the world. This means that Berlin is also taking a leading role as a digital financial centre in Europe.

Great need to catch up in terms of diversity

While FinTechs in Germany play a pioneering role in innovation and digitisation processes, they are strong laggards in terms of a diverse composition of their founding and management teams. The proportion of women in the founding teams of the 20 largest German FinTechs is only four percent, and the management teams have only three percent women.

Other diversity dimensions also tend to be more monotonous than diverse, as Erik Podzuweit, founder and CEO of Scalable Capital, comments:

“The founders from Germany often come from a certain niche of people. Not only are they predominantly male, but they come from the same schools, from certain consultancies or banks. The professional socialization is very similar.”

Once companies have grown, they increasingly try to recruit women from outside for senior management positions. With 12 percent women in management, this represents a significant leap forward. However, the industry has largely failed to build a pipeline of diverse candidates internally.

Compared to the gender diversity in FinTech management boards in other European countries, however, Germany lags far behind. Although the proportion of female founders is similarly low in France and the UK, these countries have at least a double-digit proportion of women at top management level.

This position at the bottom of the league is not new for Germany. In a comparison of the proportions of women on the highest decision-making bodies of the largest listed companies in Europe, Germany was in fourth last place in 2020, well below the average for all 27 EU countries.

A comparison within Germany also clearly shows that the FinTech sector has a lot of catching up to do: the proportion of women on the management boards of the DAX 30 was 14.6 percent in 2020 and 10.5 percent on the management boards of the 100 largest German banks. An average share of women of only three percent among the 20 largest FinTechs therefore puts the industry in need of explanation.

Obstacles and opportunities for more diversity

The reasons for the low proportion of women are manifold and structural in nature. Start-up activity is generally not very strong in Germany and there are few universities that provide good framework conditions for start-ups. Women are hardly included in these structures and “boys clubs” have formed, which now act in their homogeneous network when setting up companies and further start-ups.

Women also often still experience major disadvantages in their dealings with investors. They receive comparatively less support than their male colleagues. Female interviewees spoke of (unconscious) prejudice against women in pitches as well as incidents of sexual harassment.

The decision-makers in venture capital firms are themselves very homogeneously positioned. A survey conducted by the German Private Equity and Venture Capital Association in 2020 does show that the proportion of women in investment teams is slowly increasing. However, 76 percent of senior-level teams (partners, managing directors, board members) were still all-male last year.

So far, the state has not set a good example here. The largest public venture capital investors in the Federal Republic of Germany (KfW Capital, High Tech Gründerfonds and coparion) are all-male at their management level.

Another obstacle to a career in the FinTech sector, especially for women, is the difficulty of reconciling starting a business with starting a family. In a start-up phase, there are high risks to be taken, which are difficult to reconcile with starting a family. Investors sometimes take a very critical view of female founders who are about to start a family. There are even founders who were left empty-handed in the last round of financing because they were pregnant.

These hurdles for women have not been talked about openly enough so far, said Kristina Walcker-Meyer, CEO of blockchain banking FinTech NURI:

“From my experience, women who want to move up in the profession and have a career have to go the extra mile compared to their male counterparts. For that to change, we need to finally start addressing it openly.”

In the meantime, there are some women who have founded very successful companies or who are in top decision-making positions of responsibility. Today, these women have become role models for a subsequent generation of female founders. In addition, a number of initiatives have been launched to promote the topic of diversity. “There are initiatives and business angels groups of women who invest specifically in women”., says Movinx chief executive Dr Carolin Gabor. Even the first VC funds would now make a point of having more women in their own ranks.

In the face of a “war for talent”, in which FinTechs are desperately seeking employees and in some cases poaching them from each other, a growing awareness of diversity is important. This is the only way to increase the talent pool in order to identify suitable junior staff.

In addition to an increasing shortage of skilled workers, however, the expectations of regulators and financial supervisors are also rising. In June of this year, for example, the ECB announced that gender diversity would in future play a role in the suitability assessment of the management bodies of European credit institutions.

Even if these developments are not yet exerting any noticeable pressure on the top management of FinTechs, a growing dynamic can be observed in the financial market to which companies will have to adapt in the medium term.

This year, the EU regulation on sustainability-related disclosure requirements in the financial services sector (SFDR) came into force, which obliges financial market players to disclose information on sustainability in their investment decisions. This includes the disclosure of gender diversity at the management level of private equity companies.

Institutional investors are also broadening their expectations of diversity on the boards of their portfolio companies. As early as 2020, half of the 30 largest investors in the German market formulated diversity requirements in their investment guidelines – and the trend is rising.

Even if these developments are not yet exerting any noticeable pressure on the top management of FinTechs, a growing dynamic can be observed in the financial market to which companies will have to adapt in the medium term.

The data situation in the FinTech industry is currently still very confusing, especially when it comes to information that goes beyond the classic figures on capital rounds and employee numbers.

“We need more awareness and publicity about diversity in our industry. How diverse are FinTechs internally? Which investors are specifically investing in women’s teams? What do their portfolios look like?

To create more transparency, it proposes the establishment of a public register.

In the spirit of “money makes the world go round”, the linking of venture capital to sufficient (gender) diversity in the founding teams is recommended as a very effective means.

Only in this way would it be possible to break up the perpetual motion machine in which men continue to invest only in men.

3. achieve a voluntary commitment by the industry to more (gender) diversity

The interviewees would also like to see more commitment to diversity in their industry from within. Assurances would be made at present, but without taking sufficient active steps. The industry should agree on concrete targets for increasing the proportion of women and define and initiate the necessary measures to achieve these targets. Here, the Berlin Finance Initiative, together with the industry associations, could act as a moderator, if not a driver of the process.

4. build the talent pipeline in a consistent and non-discriminatory manner

In order to counteract the major shortage of skilled workers in the FinTech industry, talent must be consistently built up from the training age. Kristina Walcker-Meyer proposes a joint initiative by the financial industry to strengthen Germany as a location for innovation and business in the long term. Already in school education, boys AND girls must be more strongly introduced to programming, and in the university landscape there is a need for significantly more start-up centres in order to make entrepreneurship an attractive career option. Young women in particular need to be introduced to this perspective to a greater extent.

In the growth and professionalisation processes of FinTechs from small start-ups to established financial players, companies often lack expertise on how to design their internal recruitment and promotion processes, as well as their work and career models, in such a way that they open up equal opportunities for all employees. “We need a contact point in the German Startup Association that could support us in terms of diversity management., beats Jessica Holzbach. “Especially at the beginning, companies are too small to develop everything themselves.” A professional consulting service could provide targeted support here and at the same time offer opportunities for exchanging experiences.

5. expand networking in the sector and set up a fund for women entrepreneurs

Growing offerings specifically for women, e.g. accelerators such as Grace or the fintexx or Fintech Ladies initiatives support women in their start-up ambitions and with targeted preparation for pitches. An expansion of these exclusive support offers would also be expedient in the form of start-up funds for women, as proposed in the party programmes of the FDP, the Greens and the SPD with a view to the 2021 parliamentary elections. The Federal Ministry of Finance is already planning such a fund for female entrepreneurs.

Networks in both directions are important for sustainable contacts in the industry. For example, at Payment Banking events, care is taken to invite both women and men.

“We deliberately create opportunities for networking in both directions. Also, when it comes to panel line-ups, we make sure that we don’t have any more all-male panels”

To the complete 2021 Diversity for Growth report (in english)