A year that can only be grumbled about The payment and banking scene is undeniably never boring. Not a month goes by without new products, banks, fintechs and payment solutions coming onto the market. But who actually needs all this and do we have to like it all? Our author Nils Wischmeyer will be highlighting a product, topic or the “latest hot shit” in his monthly column “Nils nörgelt”. After all, there is (almost) always something to complain about.

Almost every month a new credit card, debit card or loyalty card was launched. Bunq launched a credit card with climate protection, N26 and Stocard each launched a digital one, Finleap and Klarna worked on the card for everything, then there was something with a Google Card, a card with cashback, cards for merchants and then of course the wooden card – from Tomorrow of all places. And, dear fintech community, don’t get mad at me, but I’m sure I’ve forgotten a few dozen new releases.

It’s a veritable pile of cards. A pile that, well, hardly anyone would need. Because except for a fan base of die-hard payment nerds, cards are mostly just commodities. They’re nothing more than a tool to help people recycle their cleanly earned cash. Wood, plastic, digital: it doesn’t matter.

And what’s true of the map is also true of much else that likes to be sold as great and innovative. Most people don’t care that much. Maybe the fintechs and banks will finally understand that in the coming year. It would be desirable.

The Neobrokers have people tied up: Attention, danger of addiction!

The only exception, by the way, is that the product makes life easier for people. The savings banks had to realize this when they caved in to Apple and now the US company is also grabbing the fat margins there. What can you do to appear a little young to the remaining customers?

If the banks don’t do this, they have to fear that evil fintechs and neo-brokers will inspire customers and cash in. They are all good at it, as Robinhood and Trade Republic have shown with gigantic growth this year. While a good portion of Germans sat on the couch and worked in the spring, they discovered ETF savings plans (yeah!) and fast stock trading via smartphone (boo!) for themselves. Attention, danger of addiction!

A moment of attention for the payment industry: Wirecard

Much worse than the reputation, many employees have been affected, because they are the real sufferers. They and the many investors have been let down by the overseers, that is becoming increasingly clear. The fact that such a large fraud happens in an otherwise so pedantically accurate country like Germany and then is not even the only one of its kind (keyword Cum-Ex, keyword P&R container) is simply embarrassing. Yes, Mr Hufeld, I am talking to you.

And then, yes then we need to talk about PSD2 and Schufa for once please. Yes, open banking is great. Yes, fintechs have really fancy solutions. But no, not everything is cool just because it says PSD2. Schufa has impressively proven that with its attempt to store account data and build products from it.

And actually, she deserves an award for it: Greatest disservice in 2020. What fintechs have built up for so long, and that is above all trust, she has completely destroyed in less than a week. Christmas cards from Check24 & Co. she will probably not be allowed to expect. Poor Schufa.

N26 and the works council: (Almost) a love story

But let’s not be like that. Sometimes, however, the payment industry could show itself from its best side. The poster child N26, for example, made headlines and then also with a works council, a nice milestone, keep it up, you unicorn. Well, that’s how it could have gone. Instead, the leadership let it be known that such a statutory works council was so not in keeping with the company. How it went from there, we all followed: Long dispute, defeat for Stalf & Co. And suddenly there is now a works council and something else beautiful was born: the Twitter account of the N26 Works Council – and it has a unicorn as a profile picture, after all. Great!

And speaking of nice things: Paydirekt has come to an end. That’s nice in the sense that apparently the realization has matured that you also have to draw a line sometimes, if it makes sense. And yet I am suddenly wistful. What should a journalist refer to in the next Paypal-Savings Bank comparison when it comes to the digital again?

Well, coming to the very end, let’s not be like that. After all, the year also brought the industry some real innovations, improvements, truly innovative product ideas and probably more fame than ever before.

“After all, the year also brought more glory to the industry than probably ever before.”

Take this pleasant feeling with you into Christmas and into the new year. I wish you a Merry Christmas, a Happy New Year – and stay healthy.

PS: My editor says I should write something about blockchain or bitcoin. But then I didn’t want to spoil our mood for good so close to the party. I hope you can understand that. And now really: Merry Christmas! 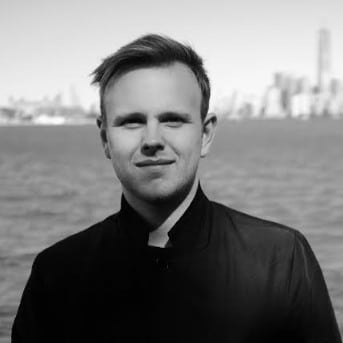